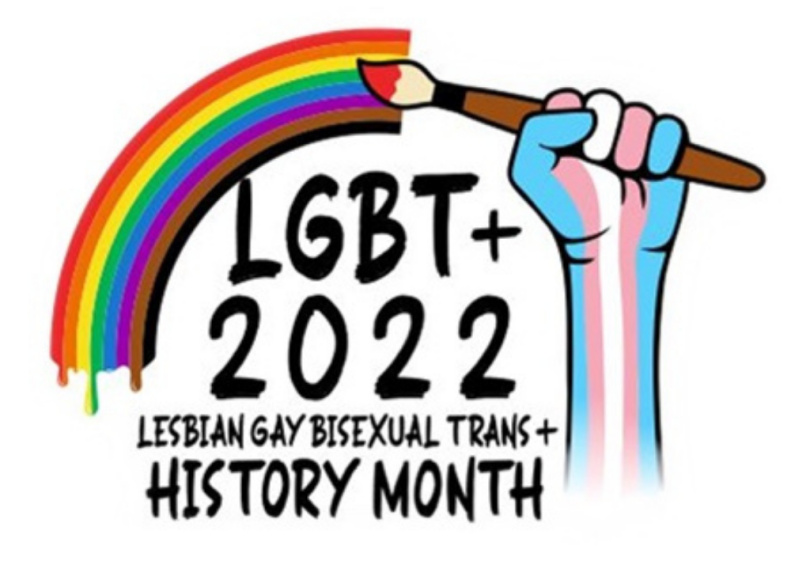 LGBT+ History Month takes place in the UK every February and aims to promote equality and diversity across all areas of work, study and life as well as educate people on the history of LGBT+ rights and inspire next steps for the future. I believe LGBT+ issues should most definitely be taught to children as young as the Early Years. With the curriculum taught in the Early Years already encompassing diversity, inclusion, anti-bullying and even race and ethnicity, topics around LGBT+ people and rights should be deserving of similar lessons that children learn about.

Following on from my post last year listing some books to be taught to Early Years children about anti-bullying and trans awareness, I have decided to expand on that with a few more books that help teach young children in the Early Years, KS1 and KS2 about same-sex relationships, different gender identities and other LGBT+ related topics. Hopefully you will find some you can use next month for LGBT+ History Month or any other time during the year.

Based on two real-life male penguins at Central Park Zoo in New York, this adorable story chronicles Roy and Silo who hatch an egg from another couple and father the baby chick together, who is named Tango. Although it has constantly been challenged and at the centre of controversy about whether it should be available or taught in schools and libraries, And Tango Makes Three has rightfully won several awards.

Children in the Early Years will absolutely love this book with lovely illustrations and the story, which validates same-sex relationships and diverse families, plus normalises and teaches about homosexuality in nature. And who doesn’t find penguins the cutest?!

Forever Star by Gareth Peter and illustrated by Judi Abbot

Peter’s book My Daddies! featured on my last list and this time I shine a light on Forever Star, released in August. This beautiful story follows Tim and Tim on their journey to find their forever family with themes such as adoption, same-sex parenting and diverse families. It’s described as a great bedtime story for children in the Early Years, but would also do well in a nursery or school setting to supplement discussions about the aforementioned topics.

One of the first and most popular children’s books to depict a lesbian relationship, Heather Has Two Mommies was first published in 1989. The story obviously revolves around Heather who comes to terms with the fact she is the only child in her playgroup with two mummies and no daddy. Considered both groundbreaking and controversial at the time of its release, it continues to garner negative attention from conservatives and homophobes as well as deserved newfound love and respect. Lesléa has written a number of children’s books, many aimed at the Early Years, that centre on LGBT+ topics. Some of those books include Daddy, Papa, and Me, Mommy, Mama, and Me, and Donovan’s Big Day.

Another blog post I wrote last year addressed the trouble with pushing gender stereotypes onto children, especially in the Early Years. Jacob’s New Dress gently tackles the questions and issues some children who simply want to wear whatever they want, do not identify with a specific gender or do not want to conform to gender “norms” face.

Young Jacob enjoys playing dress up and despite his parent’s concerns at first and the teasing he gets from other children, he does his best to continue doing what he loves. As well as issues such as gender stereotypes, the heartwarming story also touches on topics such as image, the trans umbrella, diversity and inclusion, anti-bullying, unconditional family love, and acceptance.

My Footprints by Bao Phi and illustrated by Basia Tran

My Footprints is a gorgeous tale about a Vietnamese girl called Thuy who has two mums but is sadly bullied by other schoolchildren. In a bid to forget her worries she imagines what it would be like to be other animals by mimicking their footprints and if she could escape or scare off mean people. Her mums help her cheer up by joining in and showing they are a strong, loving family together who can overcome any adversities.

I chose this book for the list because although the same-sex parenting aspect is not the focal point of the story, the themes of it and anti-bullying and racial discrimination are also present and great points of conversation for children in the Early Years. It’s lovely to see the main characters are POC to allow further representation for some children.

My Maddy by Gayle E. Pitman and Violet Tobacco

My Maddy explores the concept and recognises the reality of non-binary people and tells the story through the eyes of a child with a Maddy – not a mum and not a dad, doesn’t identify as a man or a woman – but still someone fantastic all on their own. This unique book can spark conversations in the Early Years about trans people and those on the gender spectrum that are often sadly forgotten about but celebrated in My Maddy.

Written by YouTuber and author, Olly Pike, Prince Henry rewrites the structure of classic fairytales to teach young children about same-sex relationships using predominantly familiar story settings. Prince Henry’s parents feel it is time for their son to marry so send out invitations far and wide to call princesses and other princes (and a very diverse group of them) to their castle for Henry to choose from. The fact that gender is not the issue for his parents is beautiful and unique – but it is in fact class and money that they care more about. Can Henry change their minds on that?

While many fairytales are of course full of predictable clichés, Prince Henry at least flips the norms of its characters and the story and is a positive step in the right direction for gay representation. Its simple but modern illustrations and easy to read and follow text make it perfect for the youngest of readers. There are a number of other LGBT+ inclusive fairytales about princes, princesses and others aimed at the Early Years to check out too, including King & King, The Bravest Knight Who Ever Lived, The Princes and the Treasure, and Princess Princess Ever After. Olly Pike has also written several other LGBT+ books which you can see on his website, which is linked above.

I mentioned The Hips on the Drag Queen Go Swish, Swish, Swish in my last post about gender stereotypes and how that courted a lot of controversy upon its release. Unfortunately for those who are massively against it, they are missing out on a fabulous book for readers of all ages and identities – not just children in the Early Years or people who are LGBT+. Based on the classic nursery rhymes The Wheels on the Bus, the story follows a drag queen who performs her routine for the audience and readers complete with dazzling illustrations.

It’s an inspirational book encouraging readers to proudly be who they want to be and can be a starting point for talking to children about LGBT+ people and gender stereotypes. You can also tie this in with LGBT+ History Month and how drag queens and trans people were at the forefront of helping to change history and rights for LGBT+ people. Drag queen Lil Miss Hot Mess has also written the book’s follow-up, If You’re a Drag Queen and You Know It, which is out in May.

Worm Loves Worm is a warming LGBT+ inclusive story celebrating love in all forms and marriage equality. Gender is not important in this tale because the only important thing about it is to know that love is love – a message everyone, including children in the Early Years, should learn from.

When Aidan Became a Brother is an award-winning progressive book about trans children and how families can support their children – and not just those in the Early Years – during times they need it most. Born in the body of a girl, Aidan grows up realising he is actually a boy and fixes that with the help of his loving parents. When he is due to be an older brother, Aidan wonders how he can help welcome his new sibling into the world.

The story also deals with topics such as children who have or are about to have younger siblings and diverse families of all kinds. It’s also nice to see Aidan and his family are POC as well as focuses on trans people who were assigned female at birth, the opposite to most other children’s trans stories I came across. Author Kyle Lukoff has also written other trans-positive books including Call Me Max (and its sequels), Different Kinds of Fruit and Too Bright To See – both for slightly older children, which are out in April and May, respectively.

Hopefully this list has inspired you to start or add to your collection of LGBT+ books for your young children in the Early Years – whether you’re a parent, teacher or carer – to teach about LGBT+ History Month, people, rights and other topics in February or all year round. Of course, this list has been narrowed down from a very wide range of many other different books but if you have any others you’d like to recommend to me or the readers of this post do leave a comment below!